Goal scoring is obviously easy to focus on, so with the first in a series looking at historical stats while the suspension of play continues, the stat that is being zoomed in on is goal scoring.

In terms of the two modern-era teams, San Antonio FC overtook the San Antonio Scorpions for total goals last season. Now sitting at a total of 187 league goals, and should the 2020 season happen will be the first professional club in San Antonio to score 200 goals.

What about opponents? Which club has scored the most goals? The Tampa Bay Rowdies are the only club to have scored more than 20 league goals against San Antonio. They’re also the only team San Antonio has played in both leagues, so it makes sense. Both club legend Georgi Hristov and Brian Shriver lead the way for the Rowdies with four goals each.

In terms of all individual goal scorers, Ever Guzman is the leader with 23 league goals, one more than who may be expected to lead the way, Billy Forbes. What’s really fascinating is who sits third in the rankings. Pablo Campos’ 20 league goals in just one season puts him third, followed by Hans Dennisen and Cesar Elizondo, tied for 16.

As a result, Campos is actually the leader in all matches involving San Antonio. As his 20 Scorpions goals are coupled with his five league goals against the Scorpions for Minnesota United.

Expanding this out to playoffs, friendlies, and cup matches, we see a name that fans would expect to see on top of the life-time golden boot, Rafael Castillo, with his 34. This means that Castillo will hold on to that ranking for quite some time, while the next nearest is just one goal behind, that man is Ever Guzman who is now with Hartford Athletic. The highest current SAFC player is Cristian Parano, who only has seven goals.

Including beyond just the regular season, Rio Grande Valley FC close in on being the best opponent, with 21 goals the Toros need only two more goals to take that crown from the Rowdies. On the team side for San Antonio, SAFC has 264 goals in all matches its played, 300 shouldn’t be expected until at least 2021.

Should the league ever get going, there’s plenty of opportunities for history to be made. Especially for opponents, with the high mark for goals scored for opponents being Pablo Campos’ five goals for Minnesota. 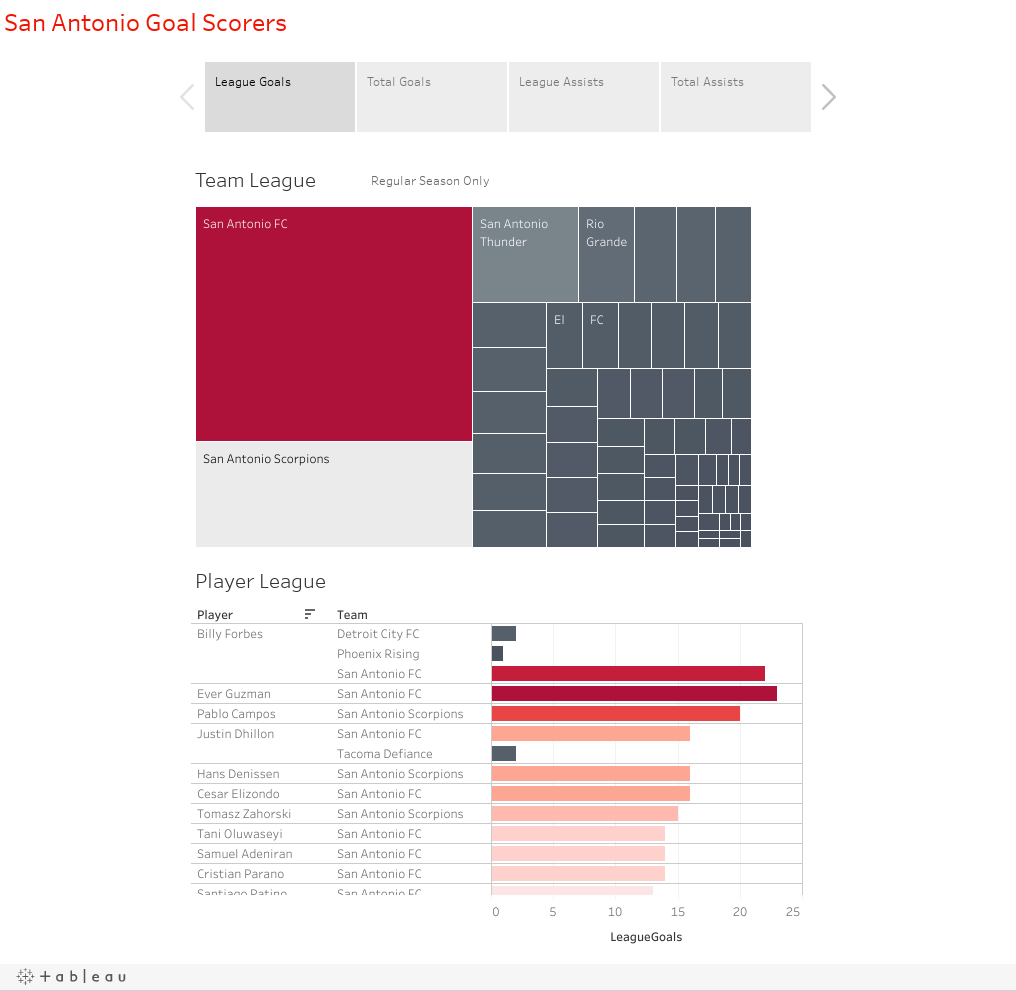